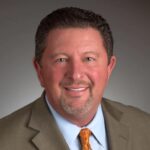 Tony Crisp is a native of McMinn County, Tennessee and is the Founder and Director of True Life Concepts Ministry and TLC Holyland Tours LLC in Knoxville, Tennessee. A pastor for over 40 years serving churches across the nation, he has also served as advisor to both public and private schools and served at every level of denominational life among Southern Baptists. He has taught on several continents, served as a member of the National Council of the American Israeli Public Affairs Committee in Washington, DC, and served for two years on the religion and Foreign Policy Working Group United States Dept. of State, Office of Religion and Global Affairs, Washington, DC.

He has traveled to Israel over 100 times and taken thousands there to study and grow as disciples.  His concern and work with pastors from every background is well known. His desire is to see them become better delivers of the word of God and better expositors. He has been married to his childhood sweetheart, Karen for 42 years. They have three grown children and five grandchildren. 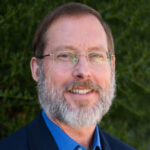 Dr. Andrew Alexson has worn numerous hats as he has served in ministry since 1983. He did pre-mission work preparing to be a forester and planting trees in Africa.  After initial training God gave the opportunity for him to pastor several churches, serve as an intentional interim, and continue his schooling.  He recently transitioned from four years of directing a Ph.D. in Leadership Program, currently serving as a Professor of Practice for Villanova University’s College of Professional Studies in Leadership.

Having also served as the Registrar at Liberty University online during his career, and being familiar with their on-line learning platform, he brings many years of experience in on-line learning platforms and curriculum preparation to his role as the Director of Bible Time Classroom through teachable.com. His amazing grasp of the intricacies involved in the planning, preparation and maintenance of such an endeavor will be of enormous value to the Bible Time Classroom format.  He and his wife, Gayle, a Christian School Teacher reside in Chattanooga. 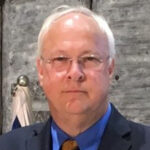 Mark Jenkins is the co-founder of Words of Victory Ministries, a non-profit organization created to manage the media outreach of Grove Avenue Baptist Church in Richmond Virginia. Mark serves as the president of the organization and is the executive producer of The Victory Hour, the longest-running Christian television program in America. Mark is a member of the National Religious Broadcasters Presidents’ Council, which is an association of ministry leaders who support legislative efforts for the NRB.

Since the early 1990s Mark and his wife Terrie have led tours to Israel to “connect hearts and minds to the land.” These tours have included pastors and ministry leaders. In 2014 Mark was recognized by the Ministry of Tourism as a “Goodwill Ambassador” for the State of Israel. 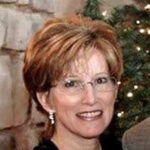 Jill has worked with Dr. Crisp in various capacities since he came to serve as a Sr. Pastor in Knoxville in 2000.  On staff at that church, Jill transitioned into the role of his Administrative Assistant in 2004 and began to serve in his ministry to Pastors and churches as well as assisting with tours. As Dr. Crisp has transitioned roles and locations through these past two decades Jill has accompanied him, taking care of behind the scenes needs at each phase.

Creating resources, planning events, designing and putting in place various operations, operating tours, working with passengers and more, Jill will be training new staff for the needs of the moment and teaching them “the TLC Way” of service in dual roles as the Operations Director for TLC Holyland Tours and allow her greater focus in assisting Dr. Crisp with ministry-related matters. Jill and her husband Charles live in the Knoxville area.  Married for 42+ years they have two grown sons, who, along with their wives and children enjoy spending time together. 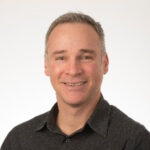 Greg is a multimedia professional with more than 25 years of experience in video production and leading successful teams. He is an experienced producer and event manager also skilled in photography. President of New Frontier Digital in Richmond, Greg has served on the International Mission Board of the Southern Baptist Convention. Where most people see problems, Greg sees possibilities.

Greg lives in the Richmond, Virginia area and will be working alongside Mark Jenkins to edit and produce the thirty-minute broadcast segments being taped for use on TV in conjunction with the NRB.  He will be serving as the Manager/Producer of Bible Time with Dr. Tony Crisp. 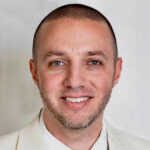 Nathan has over 15 years of experience in the graphic design field. He provides graphic design services including logo designs, printed materials, websites, and more. His desire is to use his talents for God’s glory.

Nathan lives in Strawberry Plains with his wife Lori, and their children. He is an integral part of the Worship Team at his church where he is the Music Director/Band Captain. He enjoys spending time with his family and being outdoors. 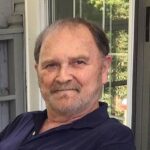 Jan is a Lutheran Pastor who began a unique online ministry that has nearly 975,000 followers. Filled with videos, royalty-free music and photos, it is viewed in 130 countries. Jan is the author of 5 books (under the pen name John Truman), song-writer, and former radio announcer looking for an outside the box “thinker” to give his far-reaching website to. The website, Ads4Christ is now a joint effort between Jan Munch and Tony Crisp. 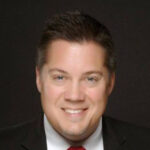 Zach has been married to his sweetheart Stephanie for 18 years. They have two children and live in the Knoxville area. Zach is an Audio Engineer at Innovative Media and produces the On the Way with Dr. Tony Crisp Podcast.